From textbooks to track walks

I joined the Rail Technologies team in November after 10 years in academia at the University of Sheffield. My research area was in rail so it has been great to bring the knowledge I’ve gained from the academic field into industry. The move from academia into industry was a steep learning curve but not as much of a shock as the daily commute from Sheffield to Scunthorpe. That’s why in January I moved into a new house in the south of Scunthorpe and am getting used to life in ‘sunny Scunny.’

I’ve already been involved in a wide variety of projects and activities, including meeting customers, site inspections, bid preparation and learning new skills. This variety is highly rewarding and marks a stark contrast to an academic role where as a researcher you tend to work on one project for a long period of time.

In December, I was given the ‘Welcome to British Steel’ site induction and tour, visiting Caster 5. It was awe-inspiring to see the sheer scale of operation from the huge ladles of molten steel to the slowly flowing fingers of cooling steel crawling downwards to form solid blooms. It was a really impressive introduction to the steel industry.

In my current role, I’m mainly involved in the monitoring, maintenance and surveying of rail after it has left our mill and been installed into track. I have been out to see track at Manchester Metro, Drax, Meadowhall, and I’ve also seen our very own Queen Anne blast furnace so far. I love this fieldwork aspect of my job; it’s something which I never really got chance to do in academia and it’s great to go out and get your hands dirty, so to speak. Although academia isn’t all boring: below is a picture of me in Hollywood relaxing after presenting a research paper in Longbeach. 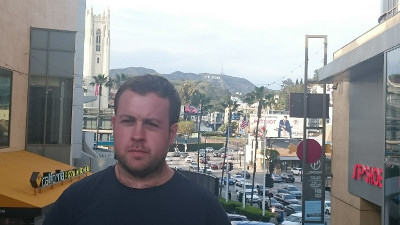 Like most people, I do have a life outside rail and my hobbies include: playing/learning guitar, reading, walking, motorsport/go-karting and trying to keep fit by regularly going to the gym and parkrun. 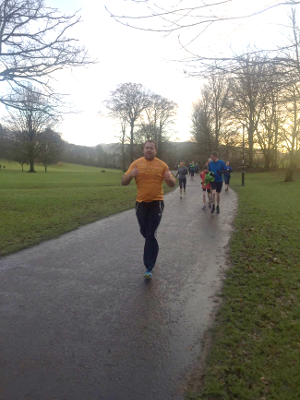 As I look forward to my new career with British Steel, it’s nice to look back at my time at Sheffield. I may be new to British Steel, but I’m certainly not new to rail – my students at Sheffield even got me a Thomas the Tank Engine cake as a leaving present!