Hi, my name’s Stuart Usher and I’m an Electrical Maintenance Engineer at Scunthorpe’s OPP, I’m also the founder of Messingham Martial Arts. I’ve been an employee at the Scunthorpe works for 14 years and have been active within martial arts for the past 17 years.

I established my club, which is family-run for passion-not-profit, in October 2014 and I’ve been delighted with its rapid growth in students and popularity. Because of this success though, I needed to buy some equipment for training and safety purposes.

As a British Steel employee, I discovered I was eligible to apply to the company for funds to support my club, I applied and was thrilled to be accepted! The funds went to purchasing required equipment, which has helped dramatically.

What I didn’t know, was following on from this I was nominated for the first-ever British Steel Glow Awards in 2017 for the Community Ambassador category. The awards were set up to recognise employees going the extra mile, so it was an overwhelming experience to be declared the winner and to hear the wonderful comments as to the reason why I won. A very new experience for me that I am very grateful for and this was just the start of great things to come.

Mrs Liz Brown, who has family training under me and is also a British Steel employee, nominated me for the BBC Sports Personality of the Year (SPOTY) Unsung Hero 2017 Award. With some help from her colleague Mrs Rachel Lawrence they put together a superb application. It made me realise what I do in my community is helping and supporting others, seen as a huge benefit and appreciated by many, so it was so exciting to hear the BBC wanted to film our classes and me at work for some reports, which were shown on BBC Look North.

During the filming I was taken by complete surprise when awarded the winner for East Yorkshire & Lincolnshire and to be heading to Liverpool for the national title at the BBC’s prestigious event. As with the Glow Awards I was quite emotional, what a truly amazing experience!

As SPOTY 2017 approached we got ourselves prepared for what was going to be, most likely, a once-in-a-lifetime opportunity. On Saturday 16 December, my wife and I set off for Liverpool, the BBC had put us up at the Jury Inn Hotel across from the Echo arena for the weekend. We had a ‘meet and greet’ in the evening where we met our BBC chaperones, the other regional unsung heroes and last year’s national unsung hero winner Marcellus Baz, who founded a boxing club that is really making a difference to young people in and around Nottingham. It truly was amazing to be in a room filled with such inspirational people. 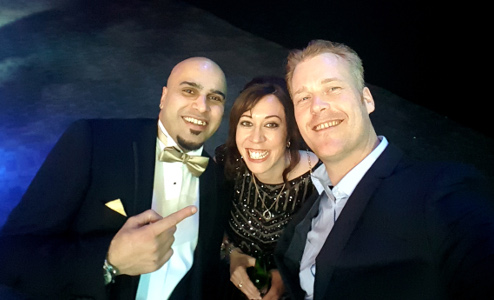 On Sunday 17 December we attended a briefing where we had dinner, watched video clips from all the unsung heroes’ news reports and had a presentation by Marcellus on his journey after SPOTY 2016! What an awesome fella!

After the briefing we went to get ready for the awards. We had to be ‘red carpet’ ready by 3:30pm. We all met up with the chaperones in the hotel reception, who took us into the Echo arena to sign in after which we were escorted to the red carpet.

What a surreal experience having lots of photographers take your photo as you walk down the carpet! We were then welcomed with drinks and a string quartet while we waited for the celebrities to arrive. 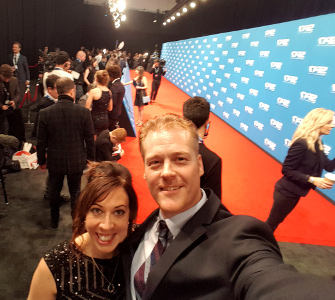 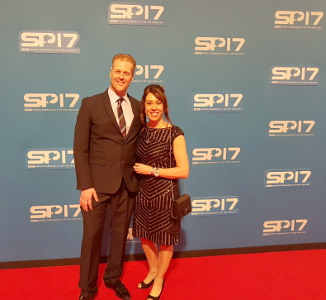 Louise and me on our way down the red carpet

The first personalities I saw included Tom Daley, Torvill and Dean to name a few, but they turned up in their droves. It was quite strange walking around the room passing people like Chris Eubank and his son, Georgie Porter, Anthony Joshua, Invictus games stars, Para-Olympians and Olympians.

We were escorted to our seats among the other sports stars. Red Dwarf’s Craig Charles was warming up the crowd as we entered.

As the show got ready to go live, Noel Gallagher took the stage. We heard a countdown from 10 seconds and bang, the welcome intro into the show, then an explosive performance from the band.

I took everything in as the show went on, this was the most surreal event I think I shall ever have the privilege to be a part of!

Ultimately the award went to the East Midland’s regional winner Denise Larrad, an individual I’m now proud to call a friend. It would’ve been amazing to be named the winner but when you think about the journey and the people we met, I feel truly honoured to be recognised in such a way.

Finally, we attended the VIP aftershow party back stage with the celebrities where we got photos and chatted, we stayed to the very end! I even met some of my taekwondo heroes Bianca Walkden and Jade Jones, wow. 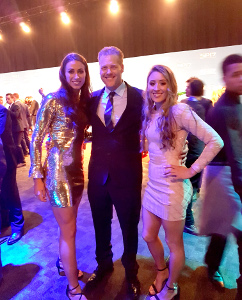 However my journey doesn’t end here! Just last month I attended the British Martial Arts Awards 2018 and was honoured to be named runner-up in the community-based martial artist of the year category.

But at the core of what I do are my awesome students, it’s all about them. Club membership is moving from strength to strength and it’s great to help both young and old(er) people develop their skills. British Steel has supported me and my club and I am truly grateful for such a good work/life balance, thank you to everyone who’s supported me and the club along the way! 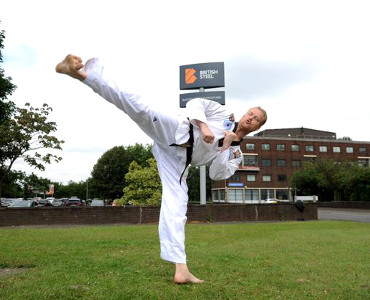 Proud to have been nominated as an Unsung Hero of 2017

Comments
Liz Brown / 22 May 2018
Very interesting to read what happens behind the scenes at an event like Sports Personality of the Year, some amazing and inspirational people there! Really pleased you've received the recognition you have, I know first-hand you're making a big difference and it's great to see that acknowledged - well done and keep it up! :)